✅ Adalt Brewing is the name of the project and company of Guillermo Blasco, Alberto Camina, and Sebastián Barceló. Three friends who love beer and who decided to create their own microbrewery. They have succeeded and with good marks.

Sebastian, Guillermo and Alberto trusted their project and bet on it.

They began by making their own beer until they managed to open their own place in Archiduque Lluís Salvador Street, where they consumed or bought their beers. A space that meets for us the requirements to be “the hidden place to be” with taproom, reading room, and a magnificent terrace where you can sit with “distance”. and enjoy their beers or the Brilla Kombucha by Edu Martinez, Hidden Icon.

Their beer is well-rounded, and they had the good taste, to select and personalize the label of each beer they make, with artworks made by local artists. Adalt Brewing is chapeau.

Adalt Brewing’s beers are so popular because they have the perfect beer for every person who decides to try their beers. From IPAL, Black, Pilsner, Pale Ale, Amber… there’s an Adalt Brewing for everyone.

A perfect balance of quality and price with local artists’ labels.

Just as they carefully choose the labels for their beers, they do so with their collaborations to create new beers.

And a collaboration that did not go unnoticed by any beer and Balearic gastronomy lover, was the famous Lassi Gose beer that was produced together with the Brut Restaurant team: Edu Martínez and Bruno Balbi together with Tomeu Arbona, the famous pastry chef from Fornet de la Soca.

Since the beginning of the alarm situation, Adalt Brewing has not stopped, we can almost say that he has increased his work: between production, home delivery, and new projects that you will discover below.

Between a delivery and production impasse, Sebastián Barceló answers some questions as Hidden Icon.

1. CREATIVITY. What have you done to keep it active during this confinement?

For the first time in a long time I’ve had the privilege of “stopping”. It hasn’t been a hard stop, but you could say that for at least 2 weeks I’ve managed to slow down and spend time with my family and my daughter. We have painted, done some gardening and I have managed to read more about the brewing process and research new trends from around the world.

But most of all we have had time to think about the future of ADALT. I am lucky to be surrounded by my partners and family members, by top professionals, and it has helped a lot to brainstorm new ways to approach the business.

2. Your basics: the songs, book, phrase and people that have accompanied you

I managed to finish the book THE NEW IPA by Scott Janish. I am obsessed with the quality of our beers and this book has taught me some processes I can introduce to improve our beers. Especially those from the IPA family that are now so popular. All of us are engineers and we love to introduce technology to the brewery and look for new ways to design beers to improve each brew.

If I had to think of people who have inspired me, I would talk about those known or anonymous people who have started to help in this crisis of the COVID from the point of view of gastronomy. From celebrity chefs making food for homeless people or families who simply do not have enough to eat overnight, to solidarity projects like ALL TOGETHER which we have joined.

This is a project of the brewery OTHER HALF in New York that has made one of its recipes available to everyone so that we can produce it locally and thus help bars and restaurants with the sales of this beer, which are the businesses that have suffered the most.

We are already producing it so that it will be ready when almost all the bars in phase II or III open.

3. TALENT. What has come out of this lockdown? Any new beer?

Precisely because of what I said about the collaboration, two projects have been born that we are very excited about. On the one hand, there is a collaboration with SA CERVISERIA from Cala Ratjada, some colleagues who have another independent and local brewery and who do things very well. It’s called PETROLI and it’s a black and dense beer.

But we are also planning some extravagance with my friend Tomeu Llabrés, one of the best wine producers on the island – Ca’n Verdura from Binissalem. We’re still working on the idea, but there’s a blast coming up.

4. ART. You take care of all the details, from the inside out, why?

We have always believed that our product must be a complete thing: inside and out. You can have an incredible beer, but if the outside image, when you see it on the shelf of your specialty store or in the bar, doesn’t tell any story, it’s possible that the perception of your product is just not the same.

We are committed to quality, and this is a meticulous job that goes from the design of the recipe, the production in the factory to the canning. The design of the label is as important as the other processes.

For each label, we have a local artist who interprets the basic elements of the recipe in his own way, in a total freeway.

The result is incredible and together we help to give visibility and support to the Palma brand to associate it with quality, innovation and creativity.

5. How was the idea of this new casual-bon vivant project born and where does your name come from?

It all started about 8 years ago when we got into homebrewing. We started in the garage of Guillermo, one of the partners, and founded Bellver Brewers as a hobby.

Later on, I decided to take one of the most prestigious courses in brewing at the VLB school in Berlin. When I came back I realized that I wanted to do it seriously. We took a place in the neighborhood of La Soledad and continued brewing.

In the local below, there was a collective of artists and musicians (Local 21), and one day they invited us to one of their parties to sell our beer. They said – “cerveses dels d’Adalt”. And such a simple thing remained, they called us ADALT. And so we decided to keep the name for our brewery of Arxiduc Lluis Salvador.

5. ADALT BREWING TOP. What beer do you recommend for this season? What’s your basic for you?

All the beers that are now being made from the Other Half’s ALL TOGETHER solidarity project.

I think it’s an incredible initiative and it’s wonderful how from the same recipe, different interpretations can emerge with independent brewers from all over the world to save the bars and restaurants in each community.

In Spain we have joined 10 breweries and ADALT is the only one in Mallorca. Some names are GROSS, BASQUELAND, PENINSULA, GARAGE, RIO AZUL, ESPIGA AND ODDITY.

In total there are 550 breweries in the world participating in this project.

MUST GO – The most mythical bar of all palms with the best culture of artisan and independent beer LORIEN BAR.

MUST DO – An excursion through the Serra de Tramuntana: Camí dels Pintors that goes all the way to Deia.

MUST SEE – Almond trees in flower in January. 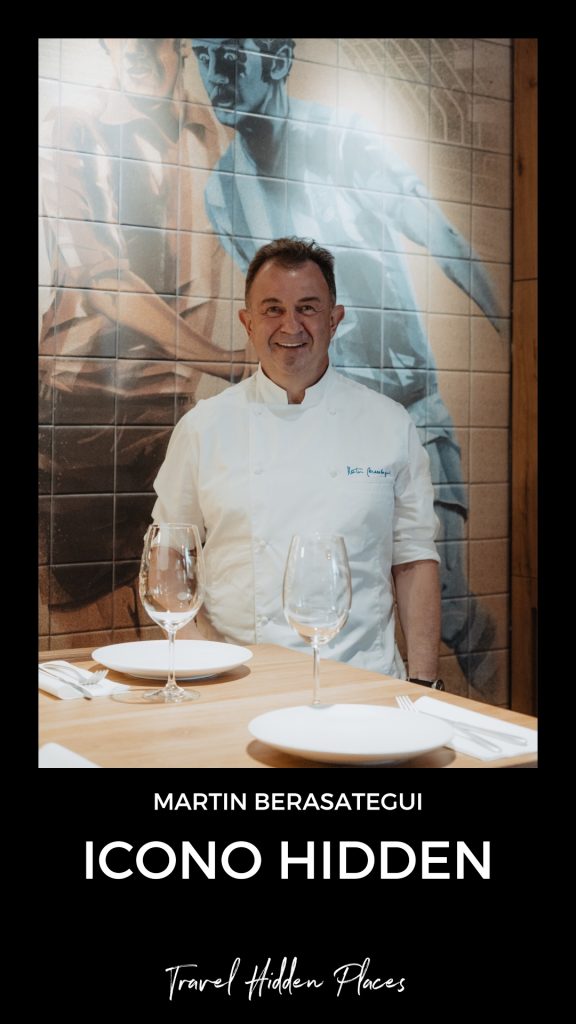 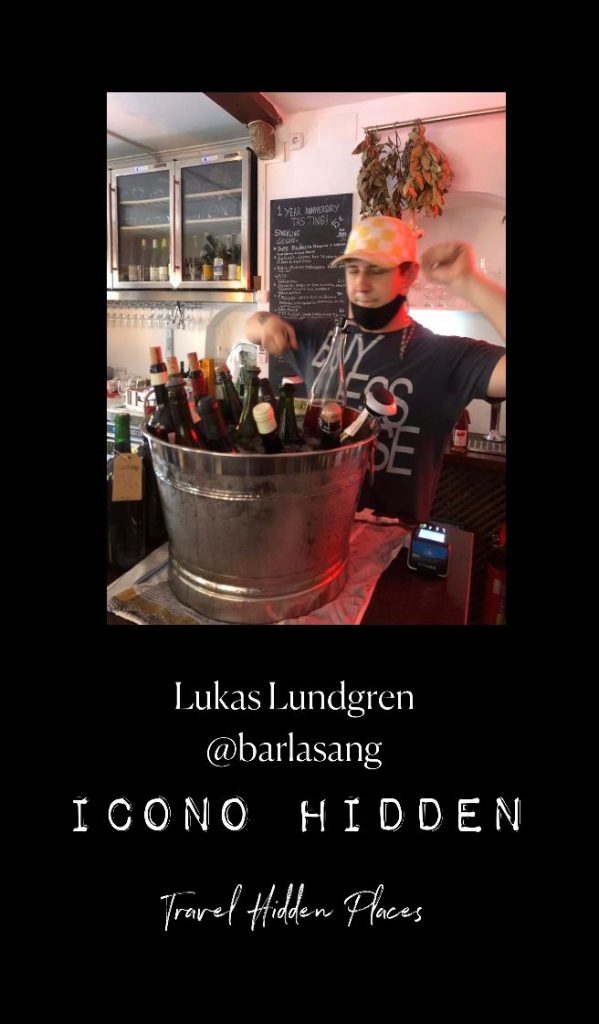 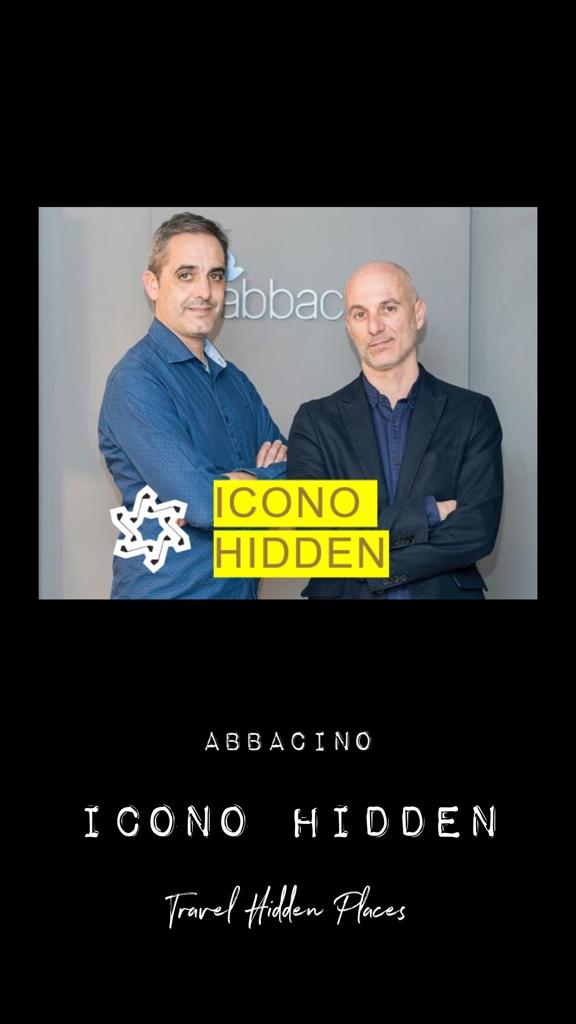 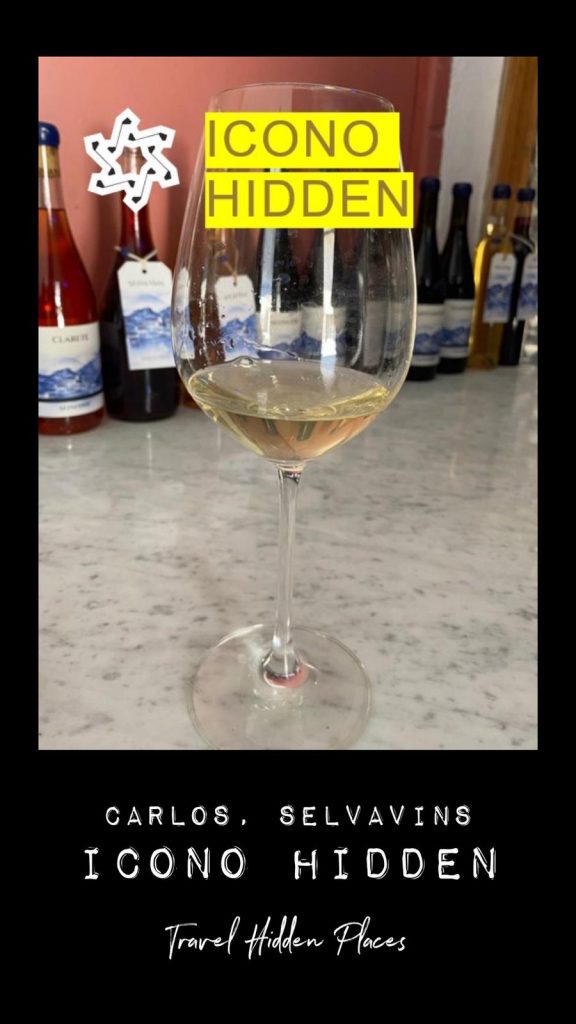 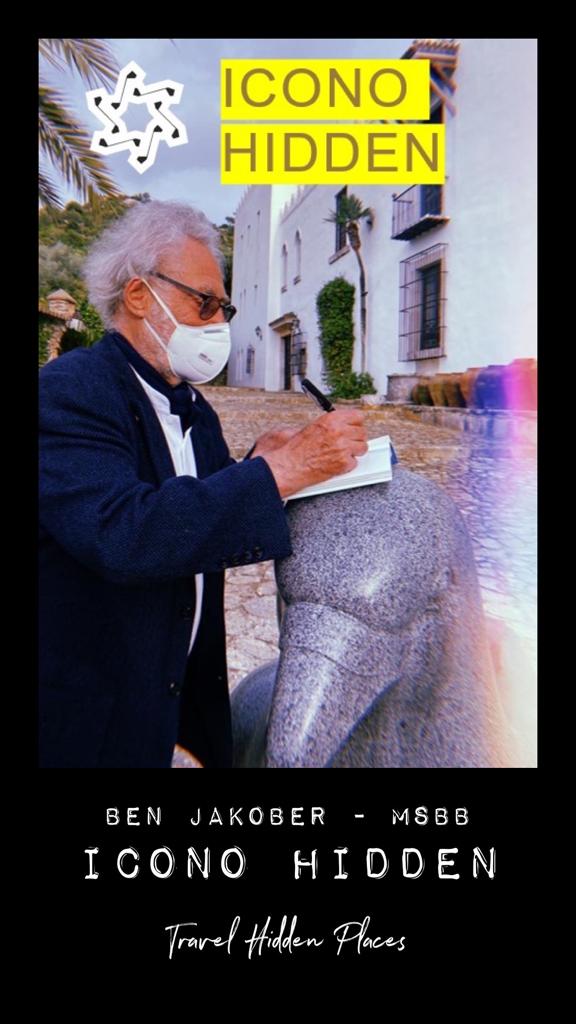 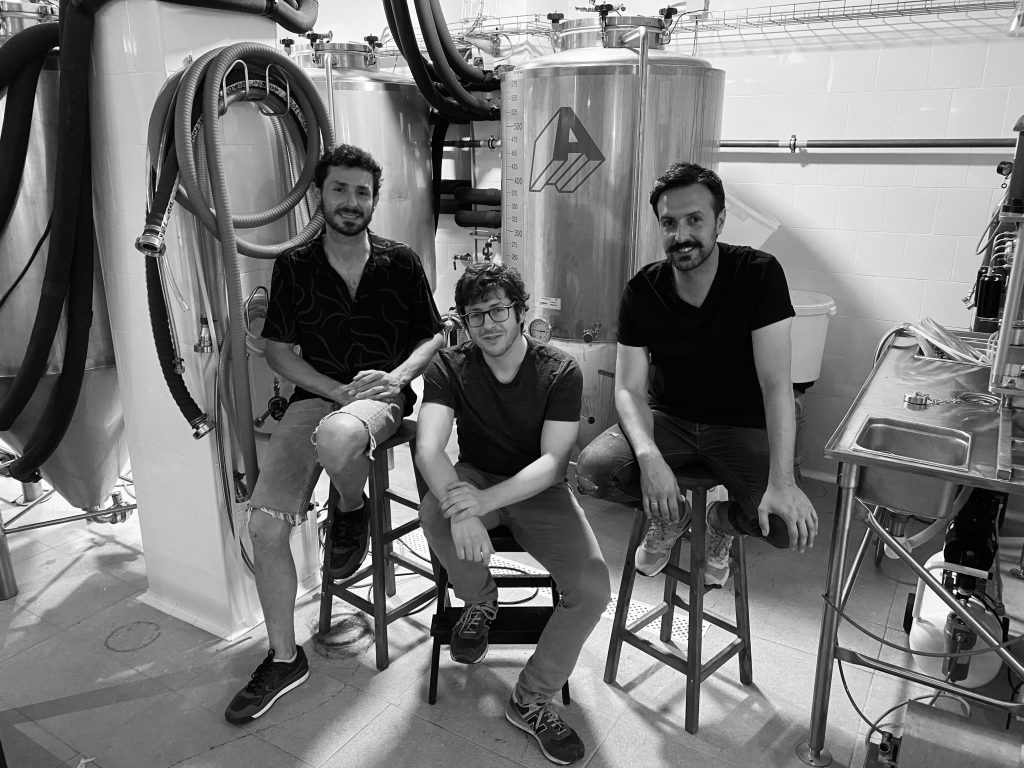 Article Name
Adalt Brewing, the beer of Mallorca is a Hidden Icon
Description
Interview with Sebastián Barceló from Adalt Brewing, the brand of craft beer in Mallorca. He tells us about his new collaborations and beers such as Petroli or the new one with Tomeu Llabrés from Ca'n Verdura. As well as the beer they are producing for All Together. His recommendations and hidden places and hidden gems of Mallorca
Author
M.M
Publisher Name
Travel Hidden Places
Publisher Logo 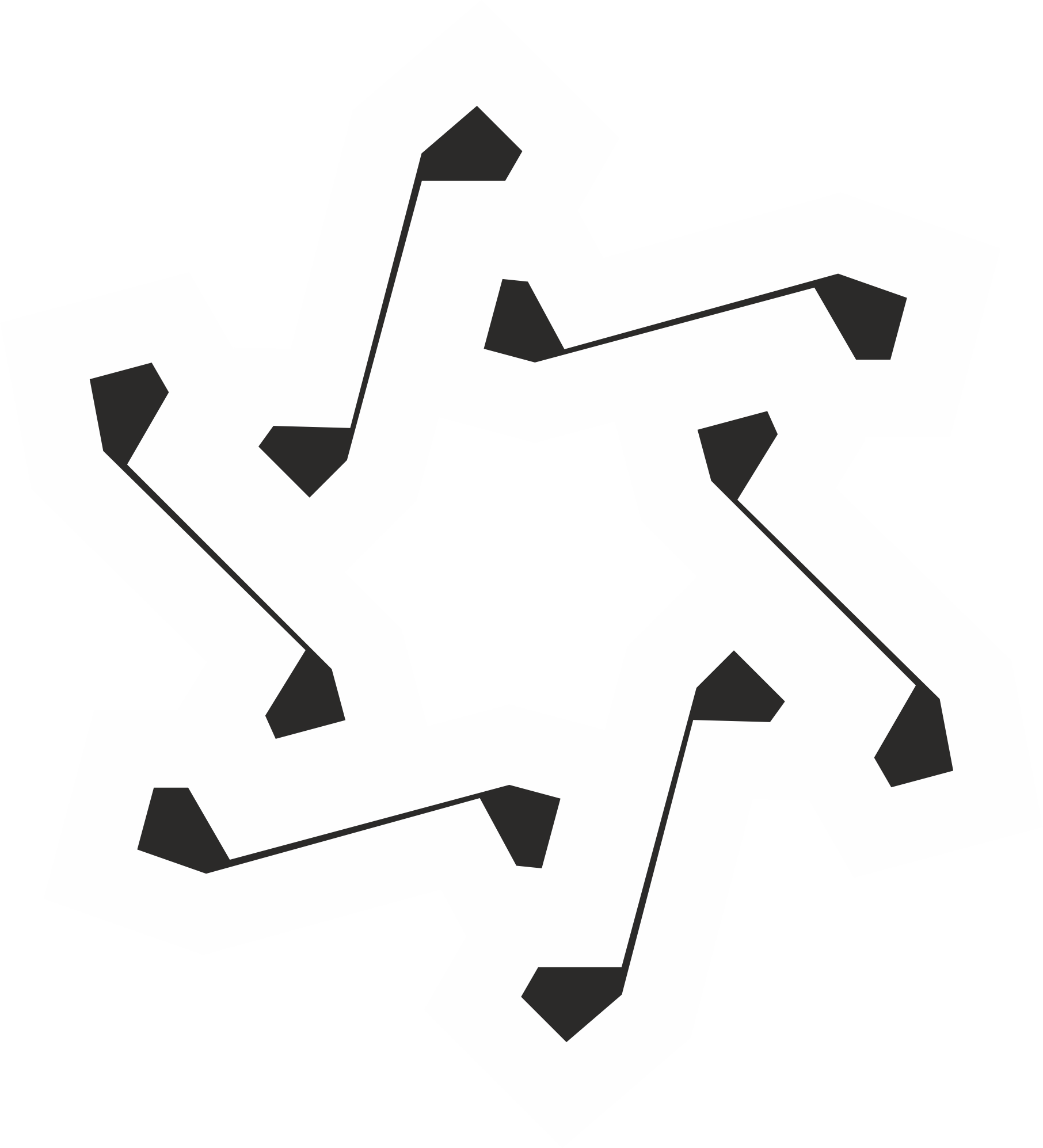