Majorca is the ideal place to explore the wonderful trails it has. For its beauty and natural richness, the Sierra Tramuntana is a World Heritage Site by UNESCO in the category Cultural Landscape.

The Tramuntana crosses the island from side to side, from Puerto de D’Andraxt to Cabo Formentor. There is a great route, the GR 221, also known as dry stone route (referring to the technique of laying stones, without mortar); That takes advantage of much of the route the old paved roads to access the properties.  The route is 173 km, is fully signposted and has shelters in this ambitious and beautiful 5-day way. Recommended stages: PORT D’ANDRATX-ESTELLENCS-VALLDEMOSSA-TOSSALS VERDS-POLLENÇA

+ Info of the total route in Wikiloc

If you like the adventure and you dare to make this tour, remember to be accompanied by the necessary forecasts, initially a good pair of trekking shoes, trousers and support canes. And a good backpack with hydration, light feeding for extensive tours, first aid kit, a bag for your waste and the help of a good guide.

But if you don’t have that much time, don’t worry. The Tramuntana has many roads, built from the 10th century. Some from Arab times, other roads were made later to access to the lands and “Carboneras” or the defence towers of the coast; that offers us shorter alternatives.  We recommend our selection of five circular excursions, which will allow you to know the variety of the Tramuntana and the surrounding area.

Puig des Teix is one of the best-known summits for its easy access and proximity to Valldemossa, a beautiful village in the Tramuntana. The biggest attraction is the spectacular “Camí de S’Arxiduc”, built on the crest. His name comes from Archduke Luís Salvador, a member of the Austrian imperial family. It is said that the Archduke, a great humanist and naturist, built several scenic trails to walk with his guests.

Medium difficulty route that starts at the bus stop in Valldemossa and can be done in 4 hours and 30 minutes. In its route, we can appreciate the refuge of the Archduke, the cave of S’Ermita Guiem, the viewpoint of can Costa from where one observes the marina of Valldemossa and part of the coast until Deìa. 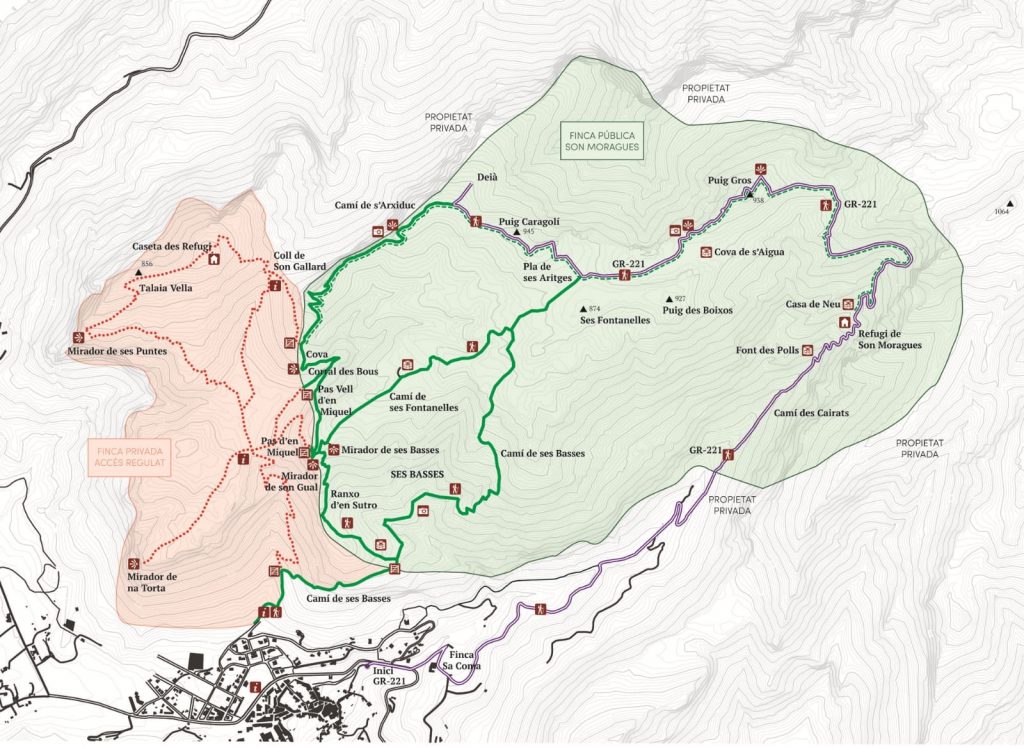 2. Tour The town of Bunyola

This region is best known by the locals, characterized by beautiful forests, which provide an area covered with pines and holm oaks very wide.

In its origins these forests were a source of coal for its inhabitants, and so we can find old Carboneras along the route. During the excursion you cross the street of the stairs better known as Carrer de la Lluna which connects with Carrer del Sol, both offer the most amazing panoramic views of the whole town and its surroundings. As we move forward, the road becomes an unpaved plain, which when ascending surprises you with a Mediterranean forest.

Coastal route of low difficulty, that starts from the parking next to the Torrent de Son Bauló. With a duration of 135 minutes, it goes along a Virgin beach and to a necropolis of the 7th century BC. Then through the you reach the houses of the property of Son Real (today Museum and Interpretation Center) and, in its vicinity, is reached to traverse the prehistoric town de Es .

A short and easy route that allows us to explore some of the most relevant prehistoric remains and natural landscapes of the island. Highly recommended. This trail is also usually done on a bicycle.

Medium difficulty road to do in 5 hours. The starting point is the parking next to the hermitage of La Victoria.

Pinar is the most beautiful cape of the three found in the north of the island. During the tour is extraordinary the view over the Bay of Pollença and Cape Formentor. When you reach the highest point is the Talaia D’Alcúdia from where you can appreciate the bays of Pollença and Alcúdia, and the headlands of Formentor and FERRUTX (the other two headlands of the area).

5. Excursion to the Natural Park of the island of Sa Dragonera

Natural Park from 1995. A low difficulty trail that starts at the jetty of SA Dragonera – Es Lladó, and that can be done in 2 and a half hours. On the way, we can visit the Mirador de Coll Roig, ruins of Far Vell, a lighthouse that was abandoned more than a century ago because it was continually surrounded by clouds and thus was not useful. Towards the summit is extraordinary the observation of the sea and the cliffs. 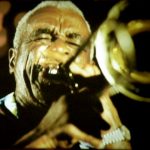 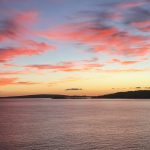 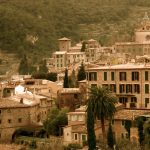 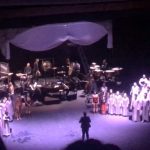 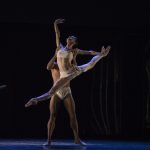